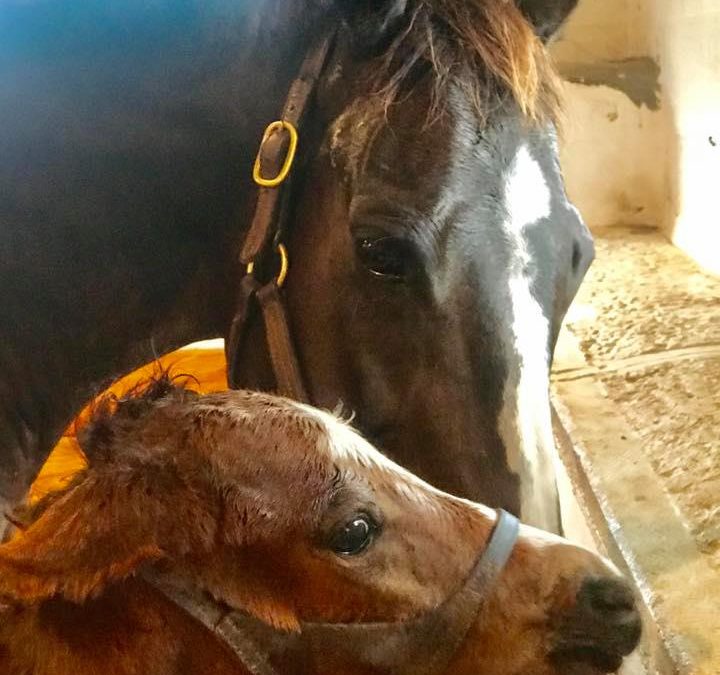 April 27, 2019: The last 24hrs have been a very rough patch for us with the sudden lose of Thelma. The grief of losing her and also the concern to get lil Edith a momma ASAP has been a bit overwhelming. It’s a raw moment that is still very sore and I debated sharing on FB Thelma’s passing, wondering if it should be included on our business page. I decided to share bc we are horse people, horses bring you the highest of highs and the very lowest of lows. In our business, people don’t call us when things go right during foaling season! We receive those panicked calls on a daily basis, “Help me, I need a nursemare!”

We are not immune to that panicked feeling, as I felt those emotions when I received the call yesterday evening about Thelma.

So, Thank you to everyone that has reached out to share your sympathy!
Many of you have responded with sweet messages about Thelma and also asking what happened to Poor Edith- Thelma’s orphan foal.

We brought our mare LaLa up yesterday morning to introduce her to Edith-
This video was taken about 30mins after the introduction and I’d like to point out that LaLa was not sedated during this process.

LaLa is experiencing an endorphin high from the foal nursing! If that’s not love, I don’t know what is! Enjoy her total blissed out moment!

August 28, 2019:
LaLa and baby Edith, this fierce and feisty filly had a rough start, she has settled and is now a big girl demonstrating how to be lead in like a champ with her momma LaLa!!